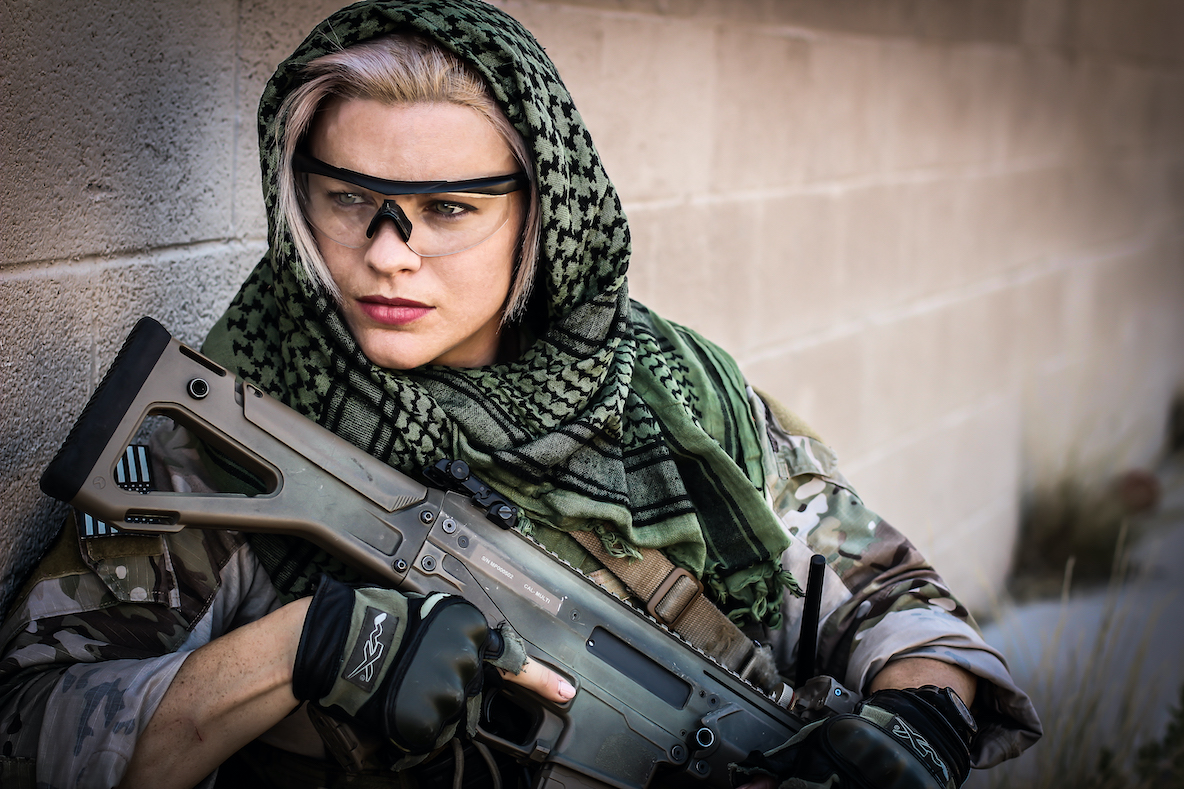 When I was initially asked to write this story, I was thrilled. I had a dream to share my journey as a Cultural Support Team (CST) member. CST was a USASOC program designed to recruit and train female Operators in specific skills to support Special Operations Forces (SOF) in the Middle East. However, I did not realize how emotionally difficult it would be to share my experiences. While there is excitement and honor in being a CST, for myself and other women in SOF, there is an untold story of pain that we carry with us every day.

My injuries include Traumatic Brain Injury (TBI) from combat-related concussions and other military injuries, Post Traumatic Stress (PTS), Military Sexual Trauma (MST), and physical pain throughout my body that I cope with daily through pain management and other modalities. You may think I have a high percentage for disability, but instead, I hold 0%. I have been fighting with the Department of Veterans Affairs (VA) and my military units since 2016 to have all my military-related injuries recognized. The VA repeatedly turned its back on my mental health issues. My fellow CSTs have similar stories. “Why?” you ask. Because we are women, and further, because we were not “assigned” to Special Operations Command during deployments, but instead “attached”. Gender and technicalities should not discredit our service in SOF, but not all things are as they should be.

When I walked into my first VA clinic in 2016, I spent more time explaining what I did in the military than receiving treatment for my injuries. Before even seeing the providers, my gender had already set my health narrative. Weeks later, I received a letter telling me that my injuries were not service-related. When my male counterparts went in for similar treatments, their disability ratings were completed within 1-2 years. It has been nearly six years, and I retain nothing but emotional scars.

The doctor I saw has stayed with me to this day. He asked me how I received these injuries. When I told him about my 20 combat missions, he laughed at me in a mocking way. He gave me a prescription for sleeping pills and told me the nightmares would go away in a few weeks. They did not.

I received zero support from both the military and the VA and was left alone. Being dismissed and gaslit by VA caregivers caused me severe mental distress. For the next 2-3 years, I tried clinic after clinic, doctor after doctor, and therapist after therapist. No one believed me. I started to disbelieve myself. I was in denial that I had even served or received a Bronze Star. I would not tell anyone I was a veteran or share anything about being a CST. I felt like a fraud.

In 2018, my growing financial and substance abuse problems came crashing down. With no choice, I sold everything and spent the next year of my life homeless, depressed, and hopeless.  My life was a complete disaster.

I took my health into my own hands and out of the VA system. Had I not done so, I am not sure I would be alive today. At the end of 2019, still struggling with hormonal disorders, memory issues, and energy, a fellow SOF brother told me about a Florida clinic that assisted their mental wellness. I stayed with this clinic for almost two years and they helped with some of my mental health and sleep issues. I started working with an endocrinologist and began a TBI protocol through The Warrior Angels Foundation. I received a sponsorship to attend through the Special Operations Association of America. This clinic reviews your hormones to help heal you from TBI, PTSD, and MST.

I am still fighting to have my service injuries recognized. Unfortunately, my story is not uncommon. Many CSTs like myself gave up on seeking care. We were tired of being discounted, talked down to, and brushed aside. I was already beaten down and felt alone coming home from my deployment. Having to fight for the healthcare and benefits I had earned was too much.

This story is a small glimpse of what many women Veterans of SOF have to endure after coming back from deployment. We went to war to serve our country, and some of us lost everything. Our repayment has been to go through extreme levels of unfair assessments and still not receive the same benefits as our male SOF counterparts, whom we served alongside. Change needs to happen, and it should start with VA and military doctors recognizing that women can and do fight shoulder-to-shoulder with Navy SEALs, Green Berets, and other Operators.

Military Leadership: A Case for the 1st SF SOCOM Commander