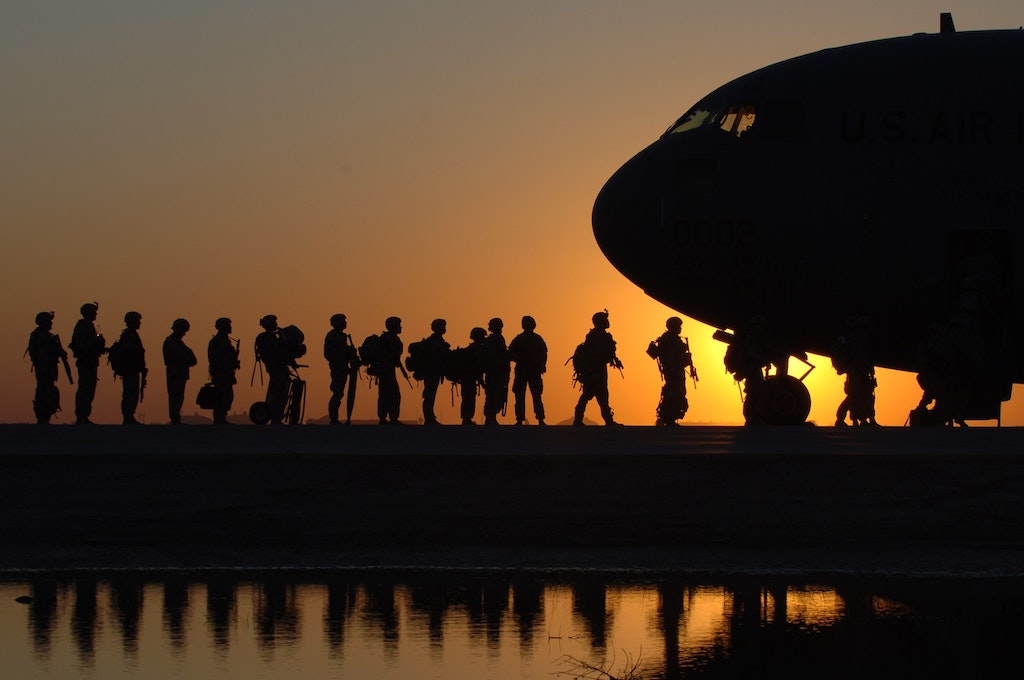 BLUF: Never underestimate the power of a small, motivated, capable group of SOF personnel – even if they are operating from the other side of the world. By the time HKIA fell quiet after the last US military flight departed on 30 August 2021, SOAA had successfully evacuated an estimated 1400 evacuees. 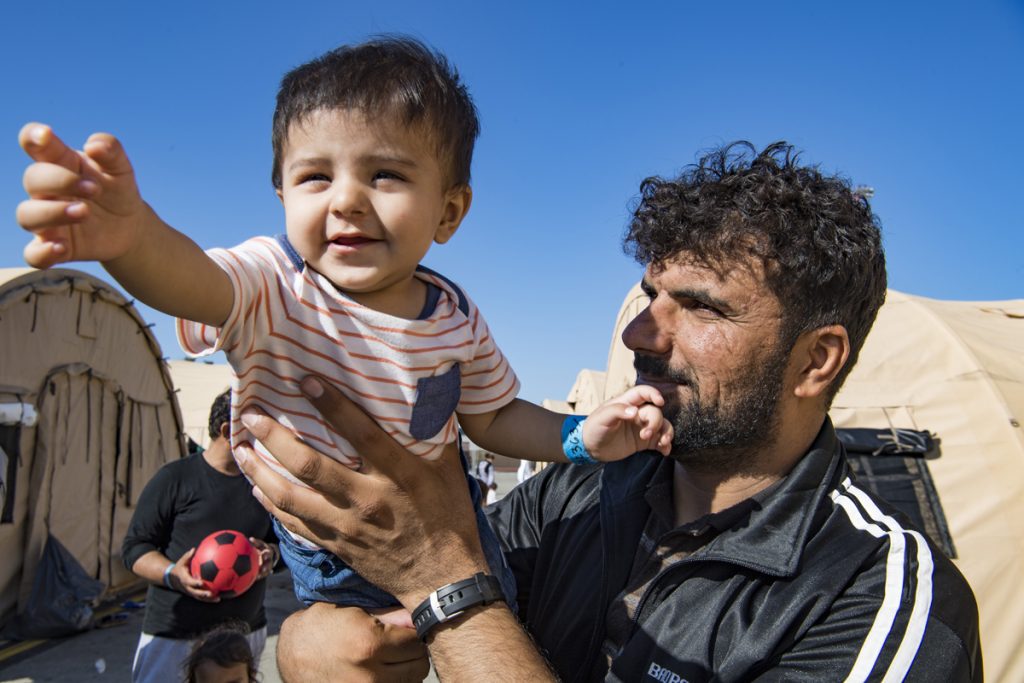 Before Afghan provinces began to fall to Taliban forces in [early August], SOAA saw the writing on the wall. It was clear a storm was approaching, and our Afghan allies were going to be in extreme danger.

Through the efforts of Executive Director Daniel Elkins, SOAA led the charge on Capitol Hill to raise awareness and support for the rapid evacuation of Afghan allies. Yet, as one province after another began to fall, he quickly recognized catastrophe was imminent. The US government could not independently facilitate the evacuation of hundreds of thousands of people who would soon be refugees.

There is an adage in special operations related to close quarter battle, or CQB: “If you are unemployed, look for work.” This means that if you are actively clearing a building and find yourself without a task, there is no time to wait for directions; you need to step up and independently find a job to keep the momentum of the operation moving forward.

This mindset is precisely what SOAA’s network of SOF veterans embraced.

SOAA quickly leveraged its networks’ SOF training and experience to create a playbook on the fly and execute a humanitarian evacuation of an unprecedented scale. The network immediately began communicating with one another, both stateside and boots-on-the-ground in Kabul. The group coordination then focused on merging people, resources, and information to create effective evacuation mechanisms and uphold SOF’s promise to its Afghan allies. 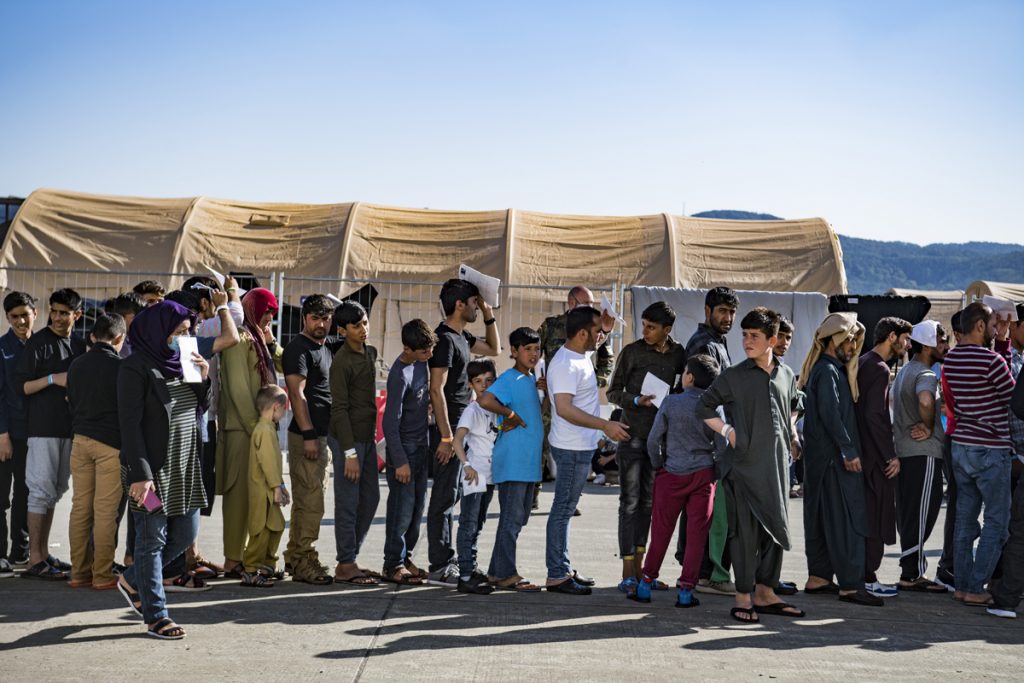 To say the situation at HKIA was complex is a gross understatement.

The rapid fall of Kabul created a strategic nightmare in which the last piece of US-held terrain, HKIA, was entirely strangled by Taliban forces at the gates. This situation immediately upended the US Department of State’s (DoS) original plans for processing hundreds of Afghan allies over several months from the US embassy in Kabul. This change meant any evacuations would now have to happen at HKIA within two weeks.

As the US DoD and DoS scrambled to support all evacuations from HKIA, panic set in Kabul. Tens of thousands of Afghans swarmed the airport daily, desperate to find a way out. It is important to remember that the Afghans trying to escape believed this was their only chance for survival. Their mindset brought immeasurable urgency to the crowds and an unforeseen sense of raw humanity.

To make matters worse, the US officials leading the evacuation efforts tasked Marines, soldiers, and airmen – some as young as 19 years old – with the impossible task of verifying refugee documents and allowing access for departure. These service members were primarily grunts, salt of the earth infantry, not immigration officers.

Anyone involved with the Afghan refugee processes will tell you how convoluted the documents and information are. The process is unbelievably overwhelming and confusing. To make matters worse, most of the service members had never seen Afghan passports. Certainly, they did not know how to read any of the five most common languages in Afghanistan.

Even before the Marines occupied the airport and the makeshift US evacuation began, it was doomed for failure. As more and more Afghans came to HKIA, dense crowds started to form and extended for over a mile at the gates. The service members admirably tried to validate and verify Afghan approval for flights one person at a time.

The result was absolute gridlock.

Recognizing the situation on the ground, SOAA stepped up and filled the gap by creating improvised mechanisms to support the grunts on the walls and identify Afghans eligible for flights. 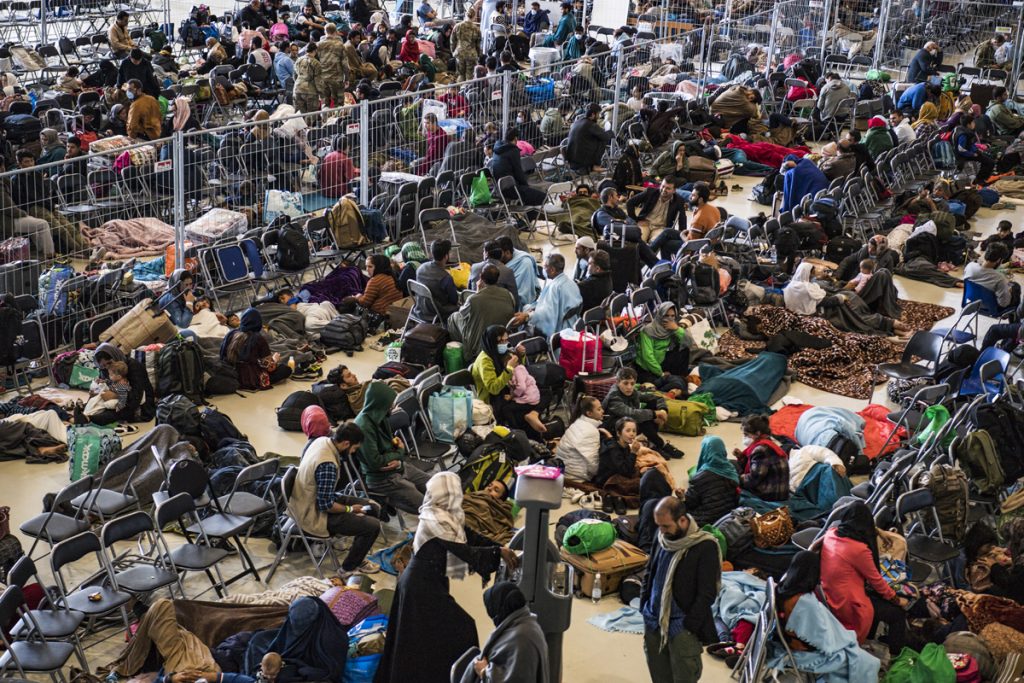 To successfully get an eligible Afghan across the wall, there were three critical requirements:

Due to the massive crowds, the reality of this organically occurring without additional support was nearly impossible, so the SOAA network created ways of achieving this remotely.

To achieve these requirements, the SOAA network began by getting into contact with an American that was representing the Afghan. This person was usually another SOF member who vouched for the Afghan’s service as an interpreter on a deployment.

The SOAA team would then review Afghan’s documentation and corroborate their SIV status, ultimately verifying their eligibility.

Once the Afghan was verified, the hard part began. Usually, SOAA members would direct the Afghan to take shelter in a structure near the airport. At the same time, they created an opportunity for access to the airport.

By leveraging the communication channels within the SOF community, SOAA members were able to find and coordinate with US personnel on the ground in HKIA. Sometimes these connections were through five or six different people. Still, a communication channel was eventually established with a servicemember on the wall responsible for verifying Afghan eligibility.

As these pieces came together, the SOAA member would coordinate a time and location for the Afghan to meet the servicemember at a predetermined gate. This procedure was a significant challenge because different units occupied the wall at other times. The dynamic, high-threat environment caused rapid and unexpected changes.

Once the plan was in place, the SOAA member would shepherd the Afghan to the location using GPS and real-time communication. Although this sounds easy, the Afghan would have to brave the dense, desperate crowds to even get within shouting distance of the service member. At times, this part of the operation could take an entire day. To make matters worse, most of the Afghans had small children and little water, making dehydration a common occurrence.

The games began if the Afghan was lucky enough to reach the gate on the wall where the service member was. How does a grunt on a wall find one Afghan in a sea of thousands? How does an Afghan find a service member without knowing what they look like or their name? At this point, the creativity and ingenuity of SOF played a vital role.

By acting as a relay between the Afghan and the service member, SOAA members could create mechanisms for the two parties to connect. These mechanisms ranged from signs to signals, both physical and digital. There were callouts, hand signals – you name it. At times SOAA members would receive selfies from both parties to show their locations. Then the SOAA members would remotely piece together their exact locations, such as a specific tower, building, or door, by using multiple different photographs and satellite imagery to pinpoint their whereabouts. You could hear SOAA members on the phone with their Afghan allies saying things such as, “Turn right. Do you see the flag hanging? Okay, go to the right of that. Now look left. Do you see the third Marine to the left across the canal? Move close to him, get his attention. Then, raise both your hands in a ‘Y’ and hold your red scarf in your hand.”

Once the two parties connected, the SOAA member provided the service member with the Afghan’s documentation, verified their identity, who finally brought them across the wall to be manifested on an outbound flight.

Through the efforts of the SOAA network, an estimated 1400 eligible personnel were evacuated. Through the network’s SOF training and experience, the SOAA network created safe and reliable mechanisms that did not replace, but instead augmented the immigration process of the DoD personnel on the ground. 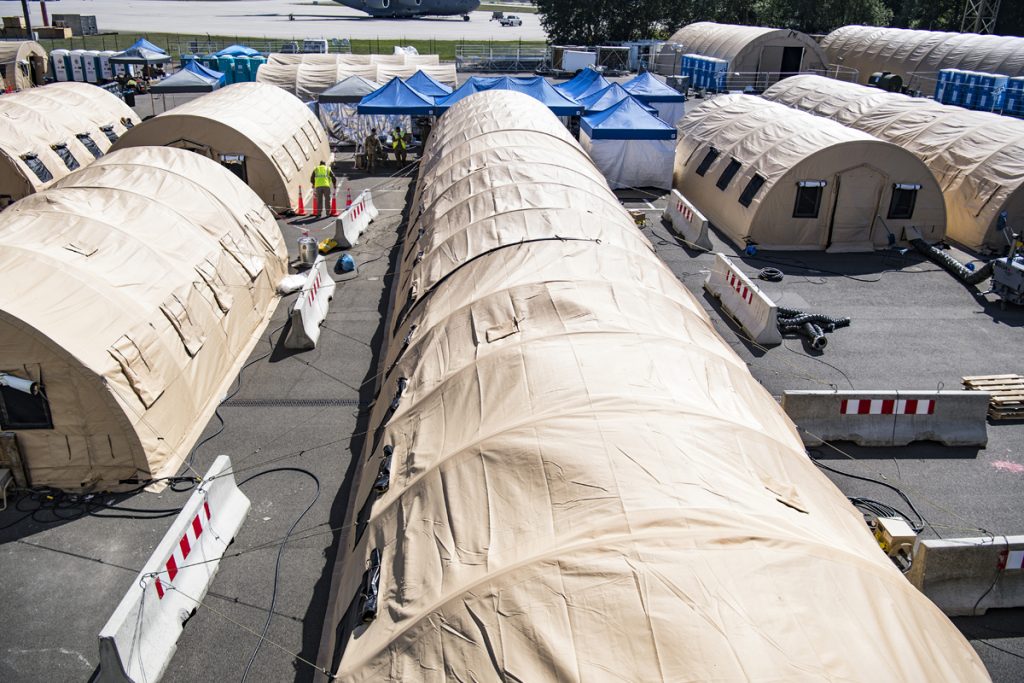 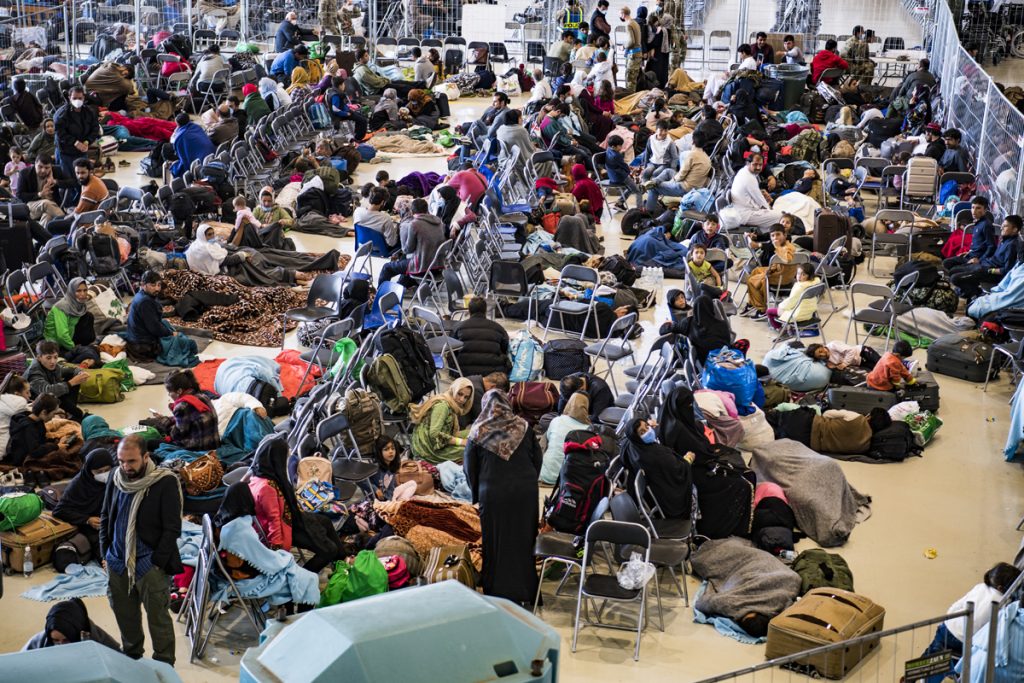 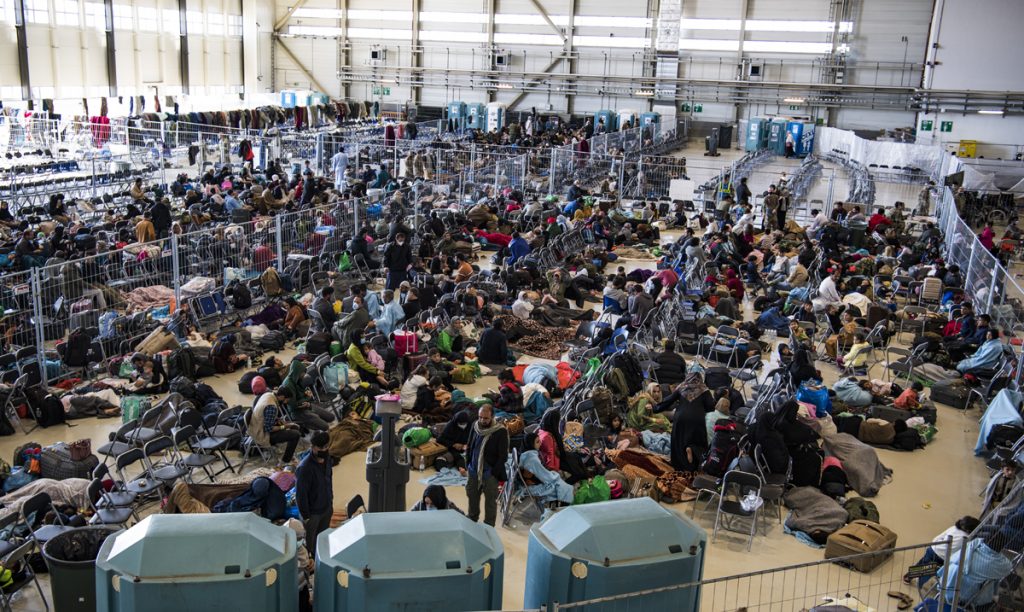 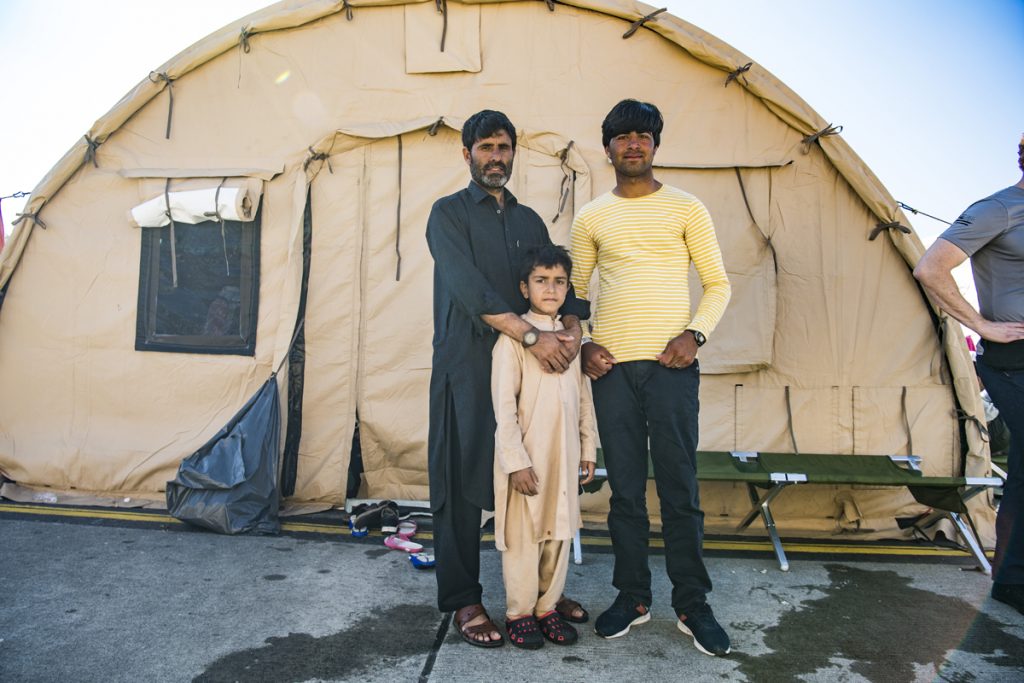 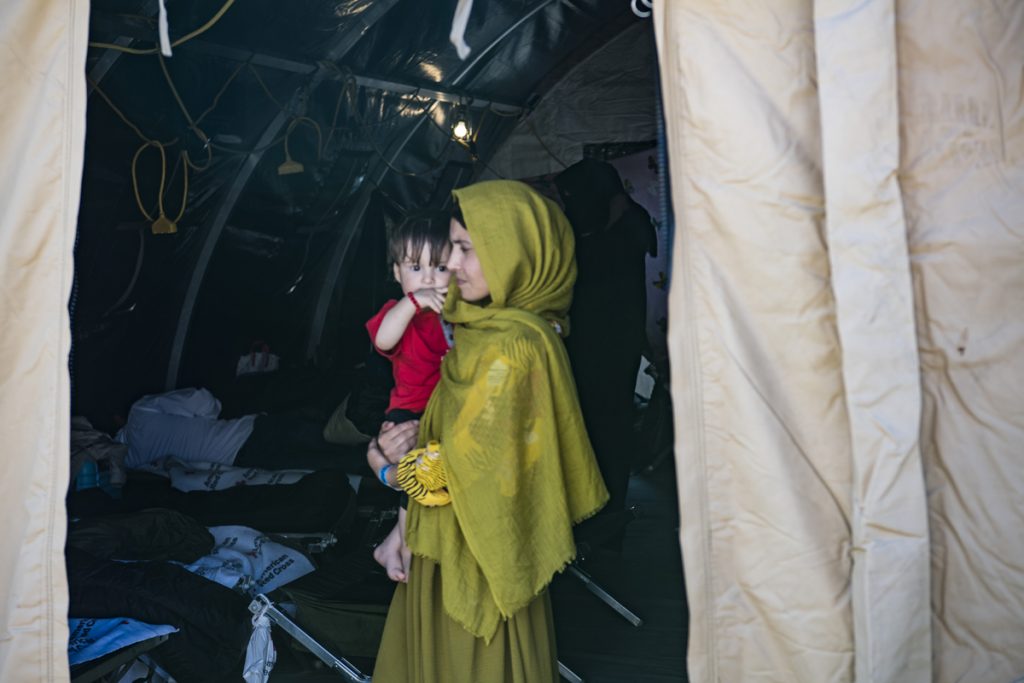 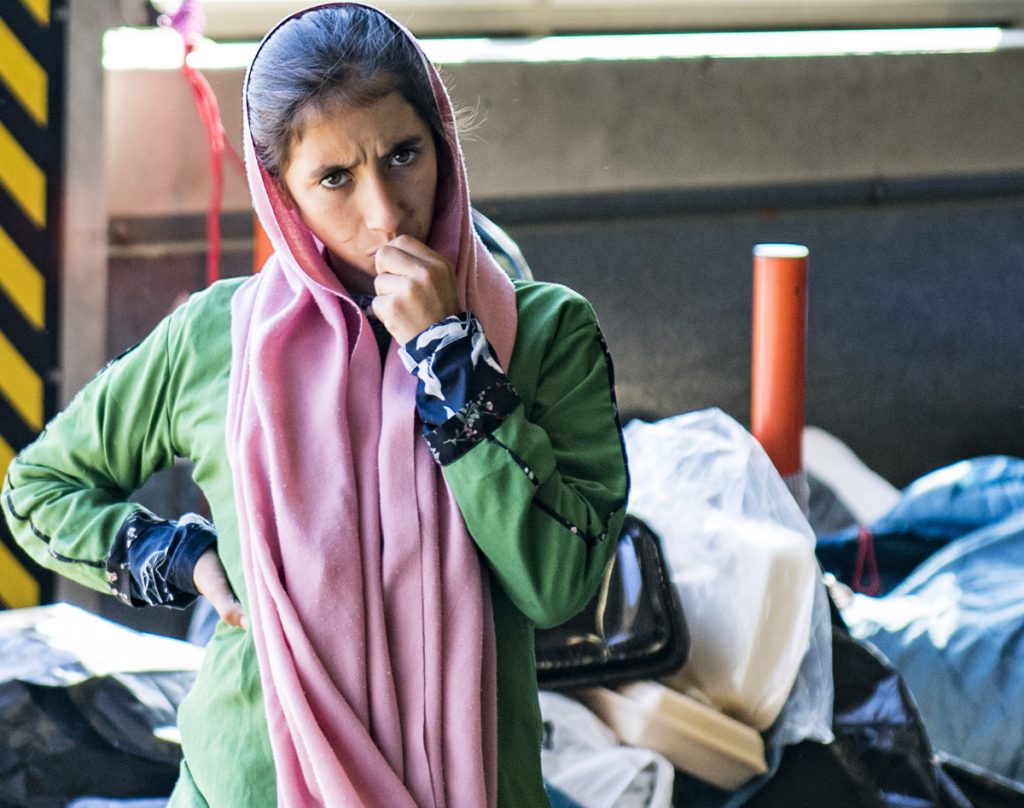 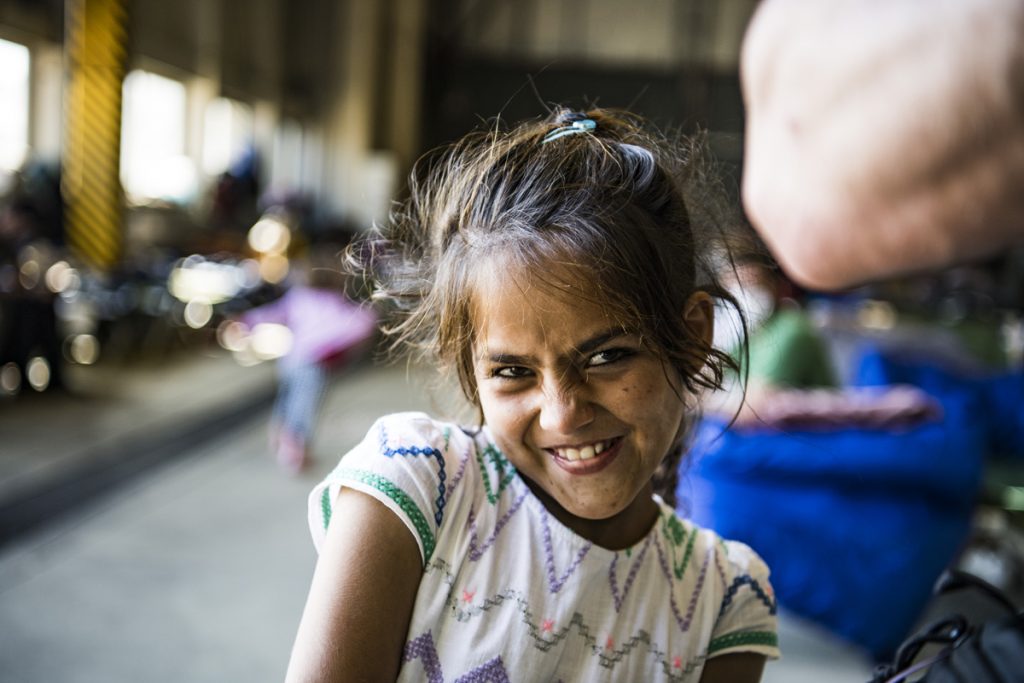 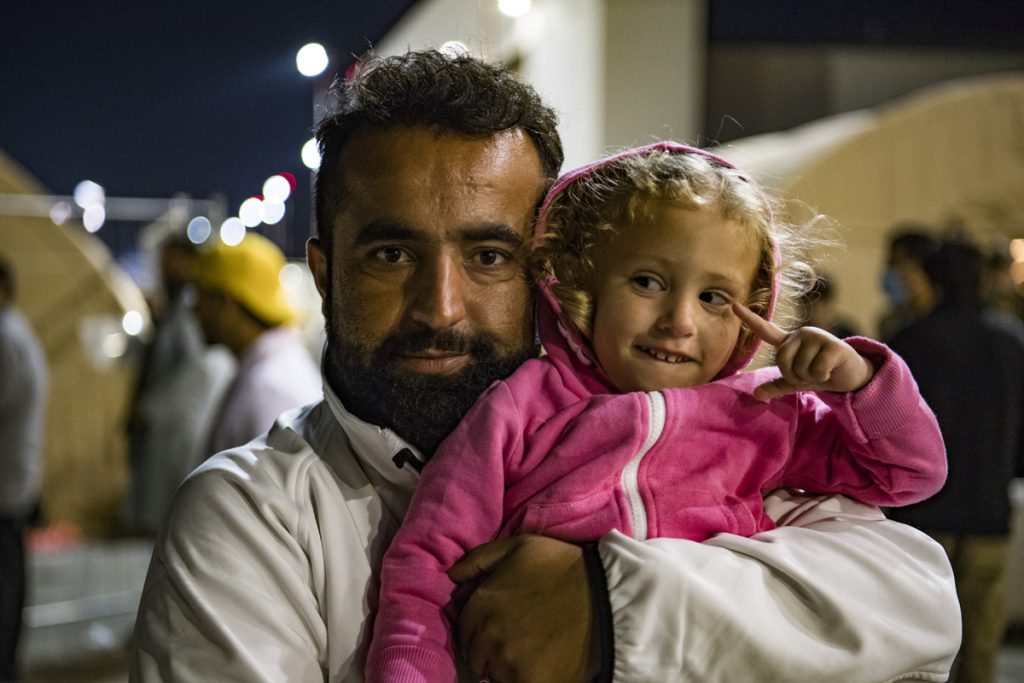 SOF and Ceremony with Jesse Gould