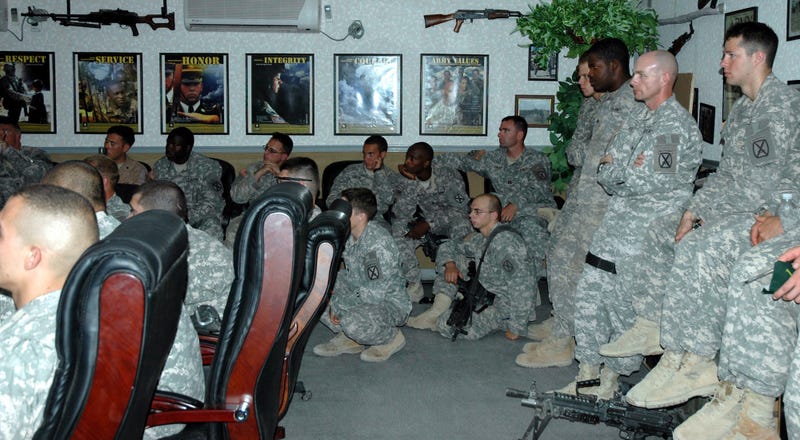 US Army 10th Mountain Division soldiers at a Delta Force recruitment meeting in Iraq, August 23, 2007. (Photo by: US Army/Christina McCann)

Making it as a member of Delta Force, the Army’s special-mission unit for counter-terrorism and hostage rescues, is no easy feat. With an attrition rate hovering at 90% on average, Delta Force has one of the most challenging and selective assessment processes in the U.S. military making it arguably the most highly regarded unit of U.S. Special Operations.

The course for admittance into the unit, known as Assessment and Selection, takes place for about a month in the mountains of West Virginia and consists of three, highly strenuous phases. The first phase acquaints the candidates with the weeks to come through basic, yet rigorous, physical training, administrative tests, and land-navigation instruction. In the second phase, referred to as the “Stress Phase”, candidates must travel an average of 12-18 miles a day on foot as they try to find a location based on a set of coordinates with only a compass and a map to guide them. They may not return to barracks at the end of each day, and they may not communicate with each other through the duration of the course, as the process is emphasized as being an individual effort. The “Long Walk” is the final event of the course which entails a timed 40-mile ruck-march after participants have already been thoroughly physically exhausted by the challenges of the previous weeks. After all of this, the remaining candidates have to endure an interrogation from the Delta Force commander and his ranking men which will ultimately determine who is cut-out for the unit. It is not unheard of to have only a single man graduate from the course. For those who do make it through, the journey has just begun.