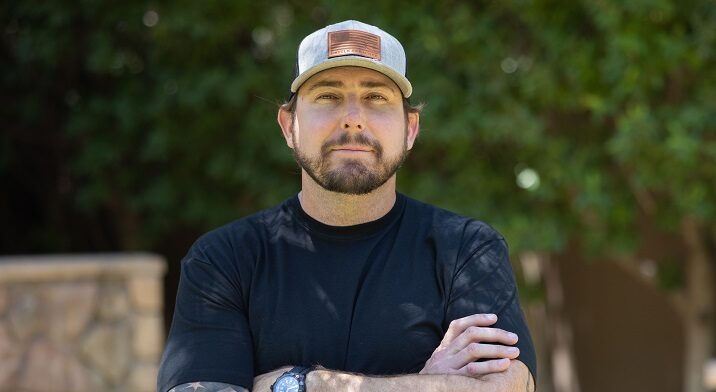 With the invasion of Ukraine and the fall of Afghanistan, many Americans are wondering if our country is safer now than it was a decade or two ago. This is an especially poignant question for America’s Veterans and Servicemembers, particularly the Special Operations (SOF) community which formed the backbone of the Global War on Terror. Many find themselves questioning the value of their service and how we got to where we are today.

We bring you the personal stories of the SOF community so that we can all be reminded of the value that our service holds for us. However, we also believe that SOF voices have been under-represented at the Federal level as well as in wider American society. We know that if our lawmakers and leaders had heard the Ground Truth of our foreign policy directly from Operators themselves, we would be in a stronger place than we are today.  That’s why we were pleased to speak with Eli Crane, a SEAL Veteran, a small-business owner, and a candidate for Congress.

From a young age, Eli asked himself the same question many young men wonder to themselves, “Do I have what it takes?” He knew he wanted to be around the best and serve something bigger. Upon deciding he would join the military, he spent all his time researching the Special Operations branch. Eli knew that if he opted for Army or Marines SOF units then he could fail and still have options to “get into the fight.” However, he had decided that he wanted to join the Navy’s SEALs. Knowing that he’d be stuck on a ship if he didn’t pass, it was a sink or swim moment.

Despite making it through Hell Week, Eli did not pass and went to join the fleet. BUD/S told him to return for another try in a year. However, his ship knew they wouldn’t receive a replacement if he left for training, so he did not get his order to return to SEAL training until towards the end of his contract. This time if he failed, he could still leave the Navy. Navy was well aware of this as Eli recalls, “they’re too smart, they were like ‘Nope, if you want to get those orders to go back and try again, we’re going to make you reenlist for four more years.’” Faced with the choice to go home or risk another four years on a ship, he turned to God for the answers he didn’t have.

Eli’s prayers were answered when he passed SEAL training on his second attempt, despite getting pneumonia early on in the process. It was tough and on some days, he remembers how he would’ve emptied his bank account for 30 minutes of sleep. There are moments of hardship that you can look back upon and forget how hard it was; not so with Hell Week. “It resets your baseline for what you thought was tough,[…]miserable, even for your own fear and anxiety.”

Eli served three tours as a SEAL before transitioning to civilian life, but that SOF mentality never left him. You can take the tiger out of the jungle, but you can’t take the jungle out of the tiger. When he started his business, Bottle Breacher, he decided upon an unconventional approach, allowing him to turn disadvantages into advantages. It also didn’t hurt that SEAL training meant he was able to work harder and for longer hours than most humans think is possible.

As a former Operator, Eli also understood the importance of having a mission. As he likes to say, “If cash is king, then mission is queen.” Business was not just about making money, but about having a purpose. “A lot of us that come from Special Operations…don’t realize how important mission really is to us. I think we’re hard-wired for mission and when we don’t have that in our lives, we can go off the rails pretty quick.”

Not satisfied with testing himself on the battlefield and in the boardroom, Eli is now running to represent Arizona’s 2nd Congressional District. SOF trained him to be a man of action and after one too many nights of shouting at the news, he knew it was time to put his money where his mouth was. He fears that America’s beauty and wonder have bred complacency. He is fighting to make sure that “the recipe that made this country great in the first place stays consistent and intact.” Eli has proved that he has what it takes to serve this great nation of ours and we hope to see him in Washington DC.