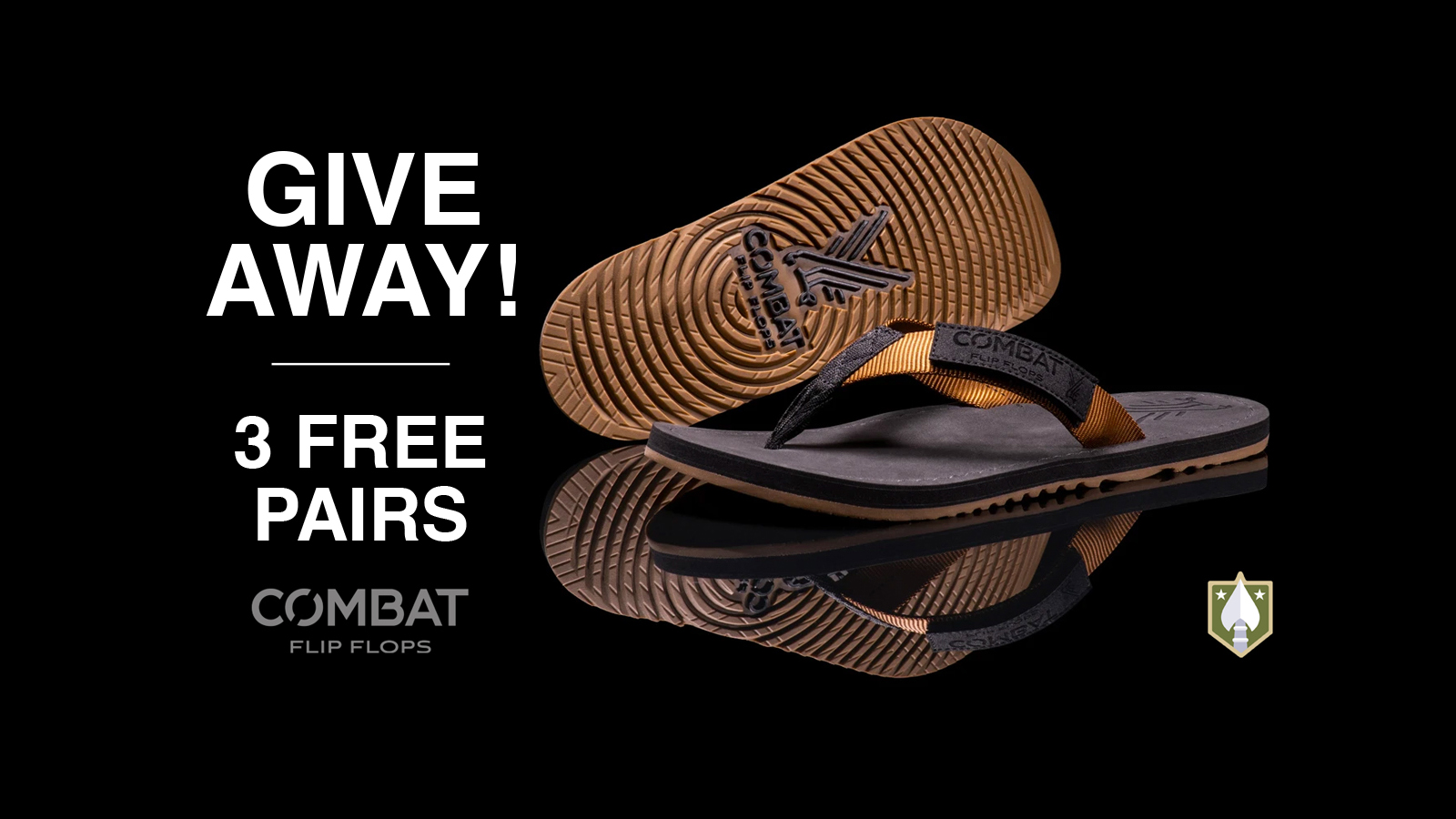 We’re partnering with Veteran-owned business, Combat Flip Flops, to give away a pair of their SOF-inspired flip flops, known as Floperators. We love that Combat Flip Flops is SOF-owned and creates products that support change in war-torn areas.

WE’RE GIVING AWAY 3 PAIRS! Just head over to the SOAA giveaway page at Combat Flip Flops and enter to win for free! They’ll be giving away 3 free pairs to our members and community!

Combat Flip Flops was founded by CEO Matthew Griffin, a member of the 75th Ranger Regiment on a mission to create security in conflicted areas through the creation of jobs and the opportunity for education. Matthew devised the idea in Kabul, Afghanistan while visiting a combat boot-factory. He was inspired by the hundreds of workers who were contributing positively to their nation and families in the creation of footwear. In collaboration with his Forward Observer, Donald Lee, and brother, Andy Sewery, Griffin wanted to make an impact on the world through a “Business, Not Bullets” approach – shifting the idea on how wars are won. Their products reflect this approach with their distinct-military designs, created by self-determined entrepreneurs in areas affected by conflict that are in need of hope.

Each pair of footwear sold funds a day of education for an Afghan girl through a project called Aid Afghanistan for Education. They have funded over 750 girls in school since 2012.

In addition to the give-away, Combat Flip Flops is offering 20% off any purchase by using coupon code SOAA20. 15% of each sale will also go to support the Special Operations Association of America.