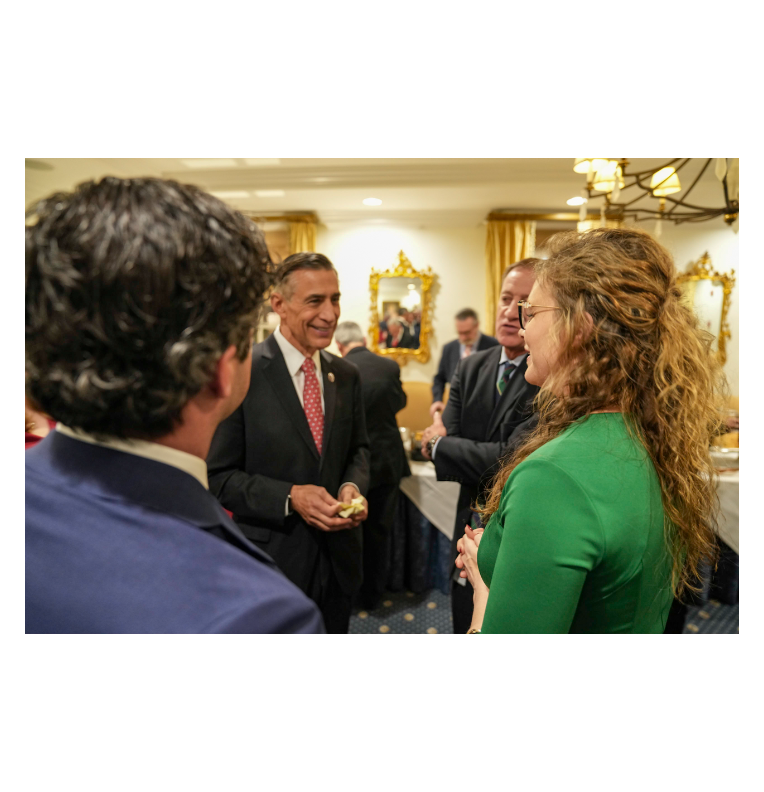 The holiday season is a special time to gather together. While we celebrate and reflect on the accomplishments of the past year, we are also keeping in our thoughts the battles not yet won. As 2022 comes to a close, we are especially thankful to the many Congressional leaders on The Hill who, year after year, tirelessly advocate for the brave men and women who serve our Armed Forces.

Last night at the Capitol Hill Club, influencers gathered from across the Beltway to raise their glasses in the spirit of the season. Jaclyn “Jax” Scott was there to represent SOAA and speak about her experience as a woman in the Special Operations Forces (SOF). Jax found a receptive listener in Rep. Issa, who is a Veteran himself with a distinguished military career prior to joining the Hill. The two spoke on an issue close to her heart—the struggles faced by women Veterans of the Cultural Support Team, CST, who operated on the frontlines in Afghanistan yet continue to be denied the VA benefits, and healthcare they need.

Rep. Issa is a champion for our servicemen and women, with a long and established track record of advocating for their causes. We in the VSO community could not do the work that we do without the commitment and dedication of leaders in Washington such as Rep. Issa. As we settle in for the holiday season, we can relax with our friends and family thanks to the sacrifices made by our brave men and women in the Armed Forces. We’re thankful to our leaders who have their six, and continue to fight for their causes.

Why SOAA: The Voice of The Operator