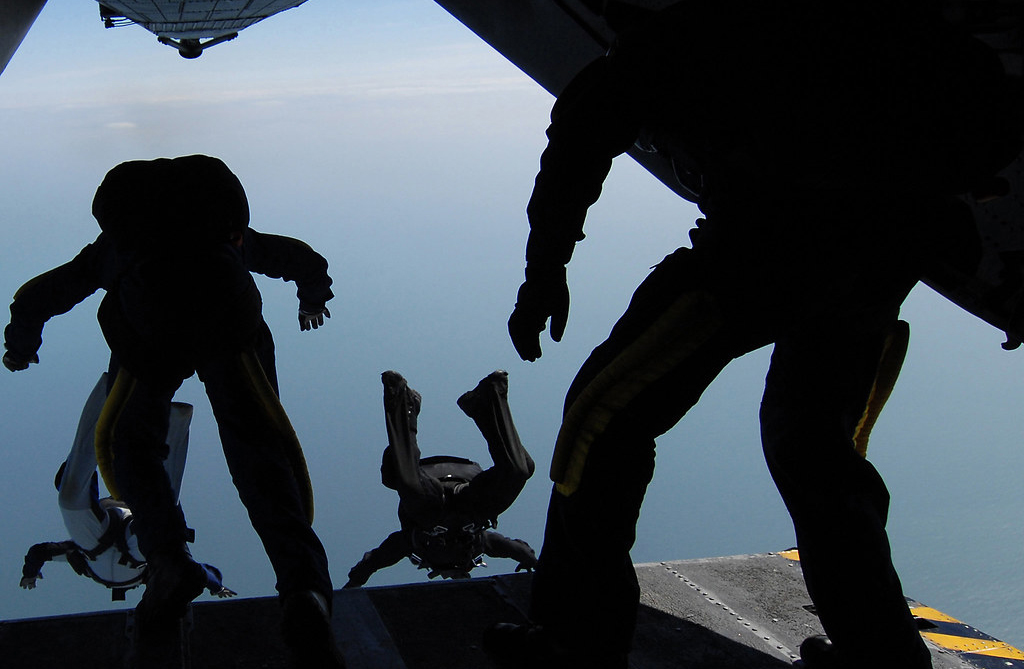 You have heard of the Navy SEALs, but how much do you know about their history and what they do? The word SEAL is actually an acronym that describes the environments in which they operate: the Sea, Air and Land (SEAL). The SEALS are the foundation of Naval Special Warfare combat forces. They are organized, trained and equipped to conduct a variety of Special Operations missions not just in water or amphibious missions but in all operational environments.

SEALs trace their history all the way back to World War II. During preparation for amphibious warfare operations in the Chesapeake Bay, two special-mission units were formed almost simultaneously at the Amphibious Training Base (ATB) in Little Creek and in Norfolk, Virginia in late August 1942. Each was to perform specific missions in Operation TORCH – the allied invasion of North Africa the following November; however, neither of the two units knew about the other or their assigned tasks during this period.

One of these two units was the Amphibious Scouts and Raiders (Joint), created specifically to recon. They trained at Little Creek until embarking for the North Africa campaign the following November. Operation TORCH was launched in November 1942 off the Atlantic coast of French Morocco in North Africa. One mission, under Army 1st Lieutenant Willard G. Duckworth, involved the launching of kayaks from the submarine USS Barb (SS-220). This was the first U.S. submarine hosted operation of World War II involving specially trained reconnaissance personnel. Their mission was to infiltrate a location off the Jette Principal at Safi, Morocco under cover of darkness to safely guide the destroyers USS Cole (DD-155) and USS Bernadou (DD-153) to near-shore gunnery positions.

Meanwhile, also in August 1942 at ATB, Little Creek a specialized naval demolition team was formed with two officers and 17 enlisted men. Their crash course included: demolitions, commando tactics, cable cutting and rubber boat training. Their single mission during Operation TORCH was to remove obstacles that were blocking the Wadi Sebou River, which spilled into the Atlantic Ocean along the west coast of French Morocco. The mission would allow USS Dallas (DD-199) to proceed up the river and train her guns on the Port Lyautey airdrome in preparation for attack by Army Rangers that were previously embarked aboard Dallas.

On 6 June 1943, the Naval Combat Demolition Unit (NCDU) training school was established at Ft. Pierce, Florida and organized by LCDR Draper Kauffman. He assembled volunteers from the Bomb and Mine Disposal School, Washington, DC (which he organized), and the Civil Engineering Corps and Naval Construction Corps (Seabees) School at Camp Peary near Williamsburg, Virginia to fill the first training classes. This school is where the infamous “Hell Week,” originated. By the end of Ft. Pierce training there was an overall attrition rate of 65-75%, much like it remains today in BUD/S.

Undoubtedly the most influential World War II legacy unit that would eventually affect the capabilities of the Underwater Demolition Teams, and subsequently the U.S. Navy SEAL Teams, was a joint-service maritime component of the Office of Strategic Services (OSS). Many of its capabilities were later adopted by the post-war UDTs, and many of the same capabilities can be found in today’s SEAL Teams.

As early as 1958, the Chief of Naval Operations Admiral Arleigh A. Burke proposed initiation of covert measures designed to keep the Communist powers off balance. After considerable study it was determined that expanding the UDT mission would hinder their traditional and now doctrinal responsibilities to the Amphibious Force. As a result, it was considered that new units should be established possessing the operational experience of the UDTs, but incorporating the new warfare concepts learned during Korean.

On May 13th, 1961 Admiral Beakley sent a memo that proposed a concept of operations, a detailed mission and tasks for SEAL Teams, and other background information – including UDT special operations during the Korean War. Admiral Beakley wrote, “If you agree in the foregoing proposals, I will take action to establish a Special Operations Team on each coast.” Several weeks later in a special message personally delivered to the Congress on May 25th, 1961 entitled “Urgent National Needs,” President Kennedy remarked:

“I am directing the Secretary of Defense to expand rapidly and substantially, in cooperation with our Allies, the orientation of existing forces for the conduct of non-nuclear war, paramilitary operations, and sub-limited or unconventional wars. In addition, our special forces and unconventional warfare units will be increased and reoriented. Throughout the services new emphasis must be placed on the special skills and languages which are required to work with local populations.”

The first two SEAL Teams were officially established in January 1962.

The Veteran Who Healed His Traumatic Brain Injury