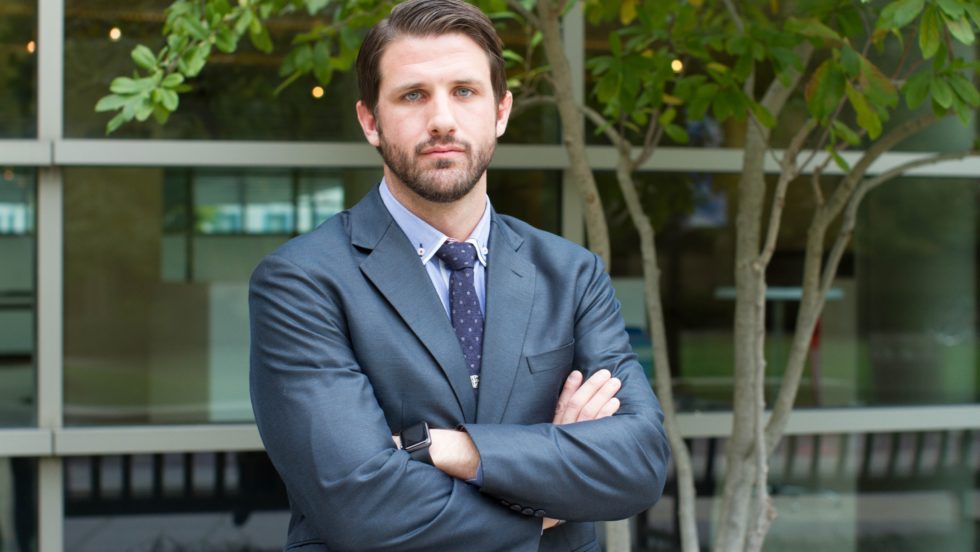 Over the past couple of years, Americans have dealt with a number of crises, from fighting a global pandemic to watching our ignominious retreat from Afghanistan, and more. A sense of malaise and defeat has many looking for new leadership.

We work to bring the voices of the Special Operations community to our leaders in DC. However, the community is made of action-oriented people who can be relied upon to step up when something needs to be done. The SOF community is one that breeds leadership and can go some way to explaining why a number of former Operators are now running for office. In 2022, five Navy SEALs and three Special Forces members will be running for Congress. We were fortunate to speak with one such candidate: Derrick Anderson.

Derrick is former Special Forces and is running for Congress to represent Virginia’s 7th District. However, his story starts long before he became a Quiet Professional. Derrick was raised in Virginia by a military family. Such a background motivates many to serve, but it was his grandfather, former Special Forces himself, who really began guiding Derrick down the path he follows today. At Virginia Tech, this was reinforced by his ROTC Sergeant Major who saw Derrick’s potential and pushed him to fulfill it.

Within a year of graduating, Derrick was an Infantry Officer assigned to 3rd Infantry Division as part of the Iraq surge. It was there that he first witnessed Special Forces in action. He was impressed by their professionalism as well as the trust that people placed upon them. “Where in the world does a 29-year-old Captain go up to an ambassador, the commanding general, and everyone wants to bend their ear because [he’s] really out in the thicket of things.” Such is the responsibility and respect placed upon them.

After a couple of years with The Old Guard at Arlington, he applied to and completed the Special Forces Qualifications Course. However, getting your Green Beret was different from earning it. Derrick’s team had sized him up before he had even formally joined them. Candidates’ performances in the qualification course travel quickly to the Teams, who need to know what kind of leader they’re getting. As Derrick was quick to emphasize: reputation and trust are sacred once earned.

“It starts off on the range, where you’re shooting…at a 25m target and you had guys walking on the lane next to you checking their targets while you’re shooting and there’s a guy 10ft away from your target. That’s the level of trust. So when you walk on to the team as the new guy, especially as the officer, you have to build that trust.”

The real training and testing started once Derrick joined his A-Team. Learning to train indigenous forces or run a range was important, but his job was to lead his team. SOF trains everybody for leadership. Derrick was the formal leader, but he could rely upon anybody in his team to assume leadership of anything if necessary. These men knew what leadership was and they needed to know they could trust him to lead.

On the first day, he was immediately ‘asked’ by a Sergeant Major: “Sir, question for you, where do you stand in a formation?” Derrick assumed his place was in the center, as was usual in the Army. “Wrong,” responded the Sergeant Major, “you’re number one. Always.” Leadership in the regular Army meant something quite different to leadership in Special Forces. Derrick took to heart the ethos of leading from the front. So much so that even his men were surprised that he never got hit. Derrick led his men of 5th Special Forces on a total of five deployments all around the Middle East.

Leaving the military and joining Georgetown Law School presented new challenges. Derrick came from humble beginnings and was the first in his family to graduate from university. He had been surrounded by Veterans his whole life. Now he was going to school with people who had never met a member of the military before and had largely forgotten that we were still fighting America’s longest war.

The topic of Afghanistan brought us Derrick’s reasons for entering politics. The key factors in his decision were losing five men on a final mission as well as the humiliation of the Afghan withdrawal. He was flooded with calls from Gold Star families as well his own soldiers, asking him: “what the hell is going on in DC?” When he could not give them an answer, he knew it was a call to serve once again. He had witnessed the gaping civil-military divide at the personal level, but this was the policy-level result of such a separation. He had to overcome his training as a Quiet Professional and bring the voice of these communities back to a Capital that had forgotten them.

He jokes that “if you want to know how disappointed and upset our Veterans and Servicemembers are, look at the fact that right now, there are five Navy SEALs and three Green Berets running.” We know that this country will be better served with greater Special Operations representation at the national level and so we wish Derrick “Happy Hunting!”

A Message from Daniel Elkins