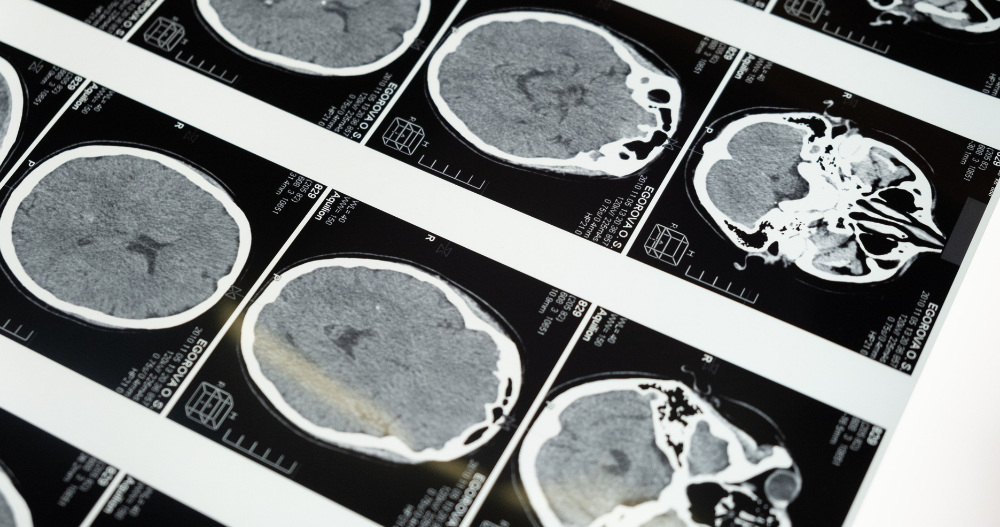 In 2017, one of the largest suicide studies in military history concluded that “members of the Special Operations Forces (SOF) had nearly zero risk of suicide, asserting SOF are highly resilient due to their “rigorous selection, intense training, strong unit cohesion, or psychological and biological characteristics.”.” (study link) In that same year I returned from a deployment full of anger, hate, fear, anxiety, pain, forgetfulness, weakness, loss, and grief. I teetered on the brink of suicide and almost took my own life. While my training as a Green Beret and membership in the Special Forces Regiment did make me highly resilient, that training was not enough to heal the wounds caused downrange on my own. My experience is not isolated. “In 2018, SOF suicides tripled.”

This is my personal story of Traumatic Brain Injury (TBI) and the aftermath of war.

Post-deployment I was retained on military orders through the Warrior Transition Program and despite determination to heal, I seemed to get significantly worse. The Department of Veterans Affairs (VA) diagnosed me with having a traumatic brain injury (TBI). I was immediately started on antidepressants, anti- anxieties, sleep aids, and pain medication. Like many others in my situation, this concoction of meds did not provide the relief I was seeking. Instead, my life began to spin out of control. I started to need the aid of a cane to walk. My legs would go numb when I would pick up my three-year-old daughter. I had anger outbursts that further isolated me from the people I loved. Hate filled my heart, anxiety filled my mind, and pain consumed my body.

I was supposed to start Physician Assistant school yet, I struggled to find the motivation to get out of bed. I would wake up in the middle of the night unable to go back to sleep, averaging three hours of sleep a night. I had a family to support yet I was only dragging them down. In my mind, I was the problem, and life for everyone would be better if I was gone. The help I was receiving wasn’t working but I was determined to get back to my pre-injury state. I had lost one of my parents when I was young and wasn’t going to let that happen to my children.

I tried to do more. I began physical therapy with an amazing woman that had graduated with a Doctor of Physical Therapy from USC. Four days per week for an hour a day we went to work. I also found my way into the USC athletics department physical therapy office and they put me to work twice a week utilizing some of the most advanced techniques available. This went on for months with little result. I felt I was being treated by the best yet still not much progress. My wife was cooking meals to optimize my recovery based on what my doctors had recommended. I went to a three-week intensive outpatient therapy program for PTSD. I participated in the VA’s PTSD group sessions. My wife and I attended a week-long intensive program through the Warriors and Quiet Waters Foundation. All this and still I remained but a shadow of my old self.

Then, I received a phone call from my best friend of 15 years. He asked if I listened to Joe Rogan? My response was, “the fear factor guy?” But he insisted because Joe Rogan had Dr. Mark Gordon on his podcast talking about traumatic brain injury and he thought it would be worth looking into.

I had been going to physical therapy for months with minimal gains, still in debilitating pain and not even close to where I was in a pre-injury state. I was still having angry outbursts, felt depressed and isolated, lacked motivation, and randomly cried throughout the day. A few days later I contacted Dr. Gordon’s office, scheduled a visit, got the labs done, and finally got answers.

Amazingly, there it was: a quantitative result that pointed to a problem within the endocrine system and an imbalance of my hypothalamic, pituitary, and adrenal axis. In one visit we had identified a significant part of the problem. I started my treatment that same week.

Within a month of working with Dr. Gordon, I started to realize that I was not in as much pain anymore. My body was starting to heal, and my tearfulness and outbursts began to subside. My physical therapy sessions were gaining momentum, and within a month I was able to jog again.

My ability to focus and learn had started to return. I was able to start the Physician Assistant Program I had been accepted to and I excelled. As a student, I started the Veteran and Military Club and earned the President’s award, and as an alumnus the Rising Star award. No longer stifled by extreme depression and anxiety, I invented a medical training device to improve how medical providers use the BVM (a tool to help people breath when they are unable to on their own) and have sought patent registration.

Recently, the universe did what the universe does: things came full circle, and I was highlighted on the Joe Rogan Podcast as a success story by Dr. Gordon. The place that I started is the place that I have finished, and I am far from the same man I was. It wasn’t until the endocrine system and neuro-inflammation in my body was addressed that all the other therapies started to work.

This individual account is not necessarily the views of the U.S. Military and one should consult with a doctor before beginning treatment for any illness.

Ryan is a Physician Assistant and a Special Forces Medical Sergeant with the California National Guard. He has led US and foreign troops in combat in addition to having run successful start-up businesses. Ryan has dealt with and understands many of the issues currently facing our community. Ryan lives in Arizona with his wife of 13 years and his 3 young children.

Ryan is a Physician Assistant and a Special Forces Medical Sergeant with the California National Guard. He has led US and foreign troops in combat in addition to having run successful start-up businesses. Ryan has dealt with and understands many of the issues currently facing our community. Ryan lives in Arizona with his wife of 13 years and his 3 young children.