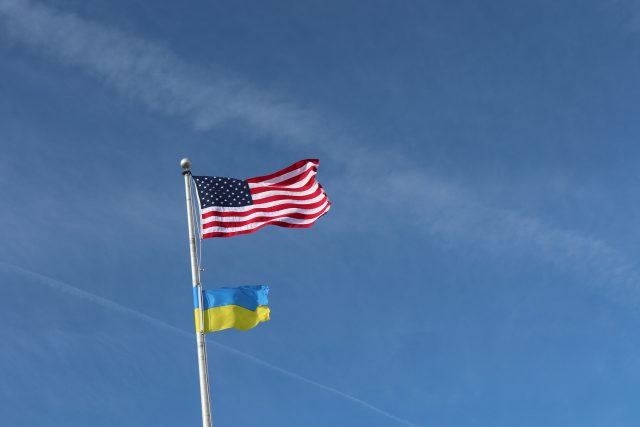 Much ink has been spilled on the costs of funding the Ukrainian defense against the Russian invaders. However, what remains unexamined is the substantial cost-benefit of seizing victory against the Kremlin. By investing in Ukraine’s defense, not only is the United States defending the sovereignty of a threatened democratic ally, but we are emptying the military arsenal and financially crippling a rival world power. Our continued financial support for this conflict is vital, and we cannot allow small-picture thinking to sabotage the success of the most critical global conflict in recent times.

It’s estimated that 50% of Russia’s military stands to be destroyed in this war. The Russian Army is rapidly depleting its stockpile, as they fire an estimated 20,000 rounds a day, and it’s doubtful that their arms production can keep pace. Russian armaments are both outdated and outmatched by Ukraine’s NATO-supplied arms. While the Russian military is structured in such a way that only high-ranking leaders issue tactical and strategic orders, the Ukrainian forces are empowered to make on-the-ground decisions. This grants Ukraine an enormous strategic advantage, as its troops are able to adapt to developing situations and strike with alacrity. Additionally, the Ukraine military has significantly benefited from the continued training it receives from NATO and Special Operations forces. By this confluence of factors, the illusion of Russia’s might is a Potemkin Village about to fall.

Thus far, the United States has spent $40 billion towards aiding Ukraine in 2022, most recently sending $400 million worth of ammunition and generators ahead of winter. The majority of funds that the United States spends are directed toward defense and urgently needed humanitarian aid. When we consider that the total defense budget totals $715 billion, our spending on Ukraine amounts to only 5.6%—a drop in the bucket. By investing in Ukraine, we are investing in the future of democracy itself. When we view the conflict from this standpoint, our involvement is an incredibly cost-effective way of achieving a proxy victory against a longstanding military rival.

Another key issue to weigh is the positive outcome of our military investment on our own jobs market, domestic economy, and most crucially our national security. This winter, with rising grocery costs and heating bills, it’s no secret that American families are hurting. Our economy is on the edge of a recession—we need reliable, domestic manufacturing jobs to bolster it. Lockheed Martin was awarded a $183 million contract to produce 28 HIMARS, High Mobility Artillery Rocket Systems, at its factory in Camden, Arkansas. Javelin Joint Venture, a partnership between Lockheed Martin and Raytheon, was recently awarded two contracts totaling $309 million to produce Javelin missiles and associated equipment.

The implications of a Ukrainian loss in this conflict are devastating, and the repercussions would be felt across the world. Should Ukraine fall, its neighboring countries Latvia and Estonia would undoubtedly face down the barrels of Russian tanks next and enshroud Eastern Europe in a second Iron Curtain. Shockwaves would ripple across the already precarious global economy. Empowered by its victory, Russia would most certainly take a strong-armed stance on oil and gas price negotiations. Quite simply, by pledging support for Ukraine we are investing in global security and stability.

President Biden has asked Congress to provide an additional $37 billion in aid to Ukraine. This assistance package would include $21.7 billion for military support, $14.5 billion in humanitarian and governance aid, and $626 million for nuclear security support. The Russian Army continues to occupy Europe’s largest nuclear power plant, located in Southern Ukraine. We urge our leaders in Washington to approve this aid and to continue investing in this pivotal conflict.

We must not waver in our commitment to the Ukrainian people, this is a fight for the survival of democracy itself. While we give financial support, Ukraine is paying in lives lost. Our investment in this war will have far-reaching consequences, as we stand the chance of drastically weakening a military rival and ending Russia’s imperialistic ambitions in the region. It’s a small price to pay.

Celebrating the Holidays With Our Congressional Leaders