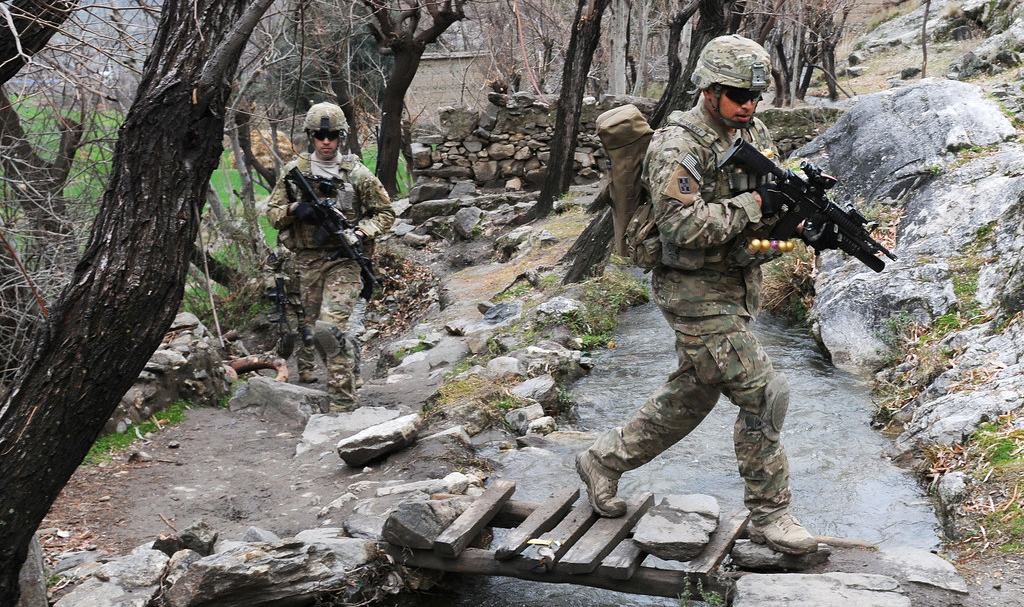 "Unit visit to the Angal Kala village in Afghanistan" by The U.S. Army is licensed under CC BY 2.0

Over the last 15 years has the U.S. military been able to accomplish its mission in Afghanistan? Are we any closer to defeating the Taliban and preventing the rise of new radical terrorist groups? Why did the Obama administration fail where the Trump administration succeeded, and what lessons can we learn to avoid failing again? These are great questions that should be asked and one of the foundational reasons SOAA was formed. In order to win, we must tackle questions like these so that the American warfighter can be more effective and therefore safer.

My first-hand experiences in Afghanistan proved to me just how impactful bureaucrats’ decisions in DC can be on the battlefield a half a world away. The first three months of Alpha Company 5th Battalion 19th Special Forces Group’s (A/5-19) deployment was slow. This all-volunteer California National Guard unit arrived in Afghanistan in mid-November of 2016 under the Obama administration, and although tasked to fight terrorism, the units’ hands were tied due to restrictions mandated by the highest echelons of government. Due to shrinking troop numbers and a directed strategy that was increasingly defensive, insurgents and terrorists were able to openly recruit jihadists and execute lethal attacks against U.S. and coalition bases. One of the most detrimental problems was that the planning and approval process for offensive operations against known insurgents who had killed Americans was unrealistic and cumbersome. The long drawn out approval process for operations meant that missions to apprehend or kill high level terrorists took an average of two to three weeks for approval and execution. Upon arriving in theater, A/5-19 implemented this failed strategy that plagued operators under Obama and contributed to the rise of ISIS-K in Afghanistan.

Shortly after the new Trump administration took control, Secretary Mattis ordered the military to “annihilate” ISIS-K, whose 1,000 soldiers controlled several key districts in Eastern Afghanistan along the Pakistan border. Mere days after Secretary Mattis’s bold guidance, several U.S. Special Forces Teams, including members of A/5-19, and Afghan partner forces infiltrated key ISIS-K controlled areas and began eliminating ISIS-K. The old, failed strategy had finally been abandoned; SOCOM personnel were suddenly getting the support they needed to win. The Administration’s new policy on rules of engagement, and a more streamlined approval process for operations demonstrated trust in and support of frontline operators which had a tangible and immediate effect on the war. For the first time in years, air support was available with approval authority delegated to the Ground Force Commanders instead of decision makers that were thousands of miles away. These changes gave U.S. SOF the ability to finally accomplish its mission of aggressively defeating ISIS-K.

By the spring of 2017, the command structure had become significantly more streamlined, giving key decision makers the flexibility necessary to make American forces more effective and much safer. What is vitally important now, is that a structure be put in place that makes this type of hierarchy permanent, not one that is continually changing with each election cycle. SOAA whole heartedly believes that SOF Operators must be empowered to do their job, and for this reason we recommend that maximum authority be delegated to Theater Special Operation Commands (TSOCs), and SOF on the ground.

We already trust the warfighter on the ground to defend lives at all costs, and with this immense responsibility, we must also trust their decisions.

Our Founder Speaks With CNN: Save Our Afghan Ally!